It's a rough world out there; gas prices, obesity rates, road rage incidents and global climate change are all on the up. But thankfully there's a simple, fun solution to all these problems: riding a bike! It's the greenest mode of transportation around, so you can actually save the planet and get in shape at the same time!

The positive impact that can be made by replacing just a few of your daily drives with bicycling is incredible. Take a look at the statistics below and join us in making the world a better, healthier place.
Currently only 1% of trips made in the United States are by bike. If we were to up this figure by just one half of a percentage point to 1.5%, we would save over 462 million gallons of gas every year! Global Bikes think that's a great way to start alleviating the country's gas pains.

You could prevent an estimated 98,000 pounds of carbon dioxide from entering the atmosphere annually by riding a bike instead of driving a car. Not too shabby!

Bicycling helps your wallet, too. On average it costs $11,000 per year to own and drive car, while riding a bike can cost as little as $120. You can take that to the bank!

Riding instead of driving to work can actually save time. Rush hour commuters waste on average 50 hours every year stuck in traffic. That's over two whole days! And, traffic jams cost the US more than $63 billion annually in lost productivity and wasted fuel. 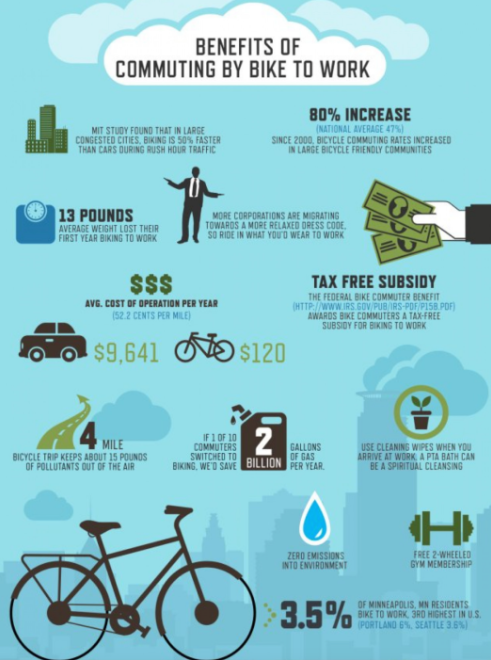 But the best parts about riding a bike can't be broken down into figures. The sense of freedom, stress relief and pure exhilaration are all wonderful side effects of bicycling. Your body will thank you.

So now you want to start riding a bike to save time, money and the environment, but don't have a bike? No worries. Stop by and Global Bikes will set you up with the perfect rig that's sure to meet all your cycling needs. Lets all join together in this mission to reduce motor vehicle miles traveled in this country. Don't pollute, bike commute! 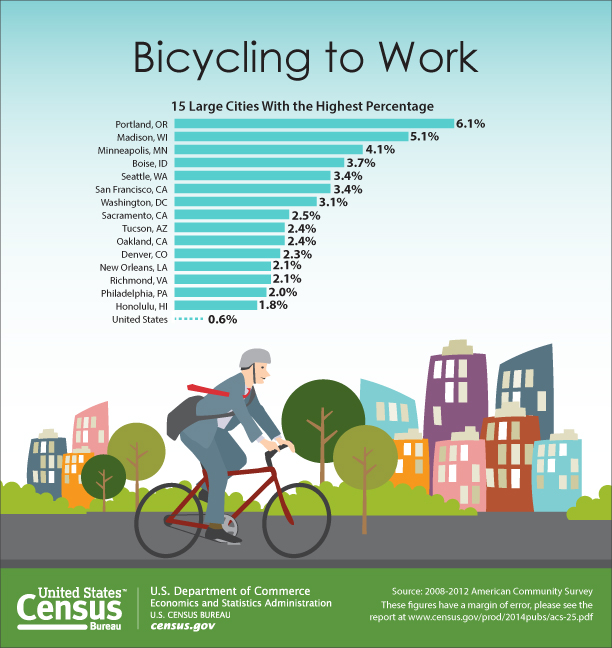